Hashtags (using the # symbol) is where Twitter really gets interesting. Today is therefore a little more complex than usual, apologies! The hashtag is, like the @message, a feature that was developed by users of Twitter, and was taken up and integrated by the platform as it was so useful. 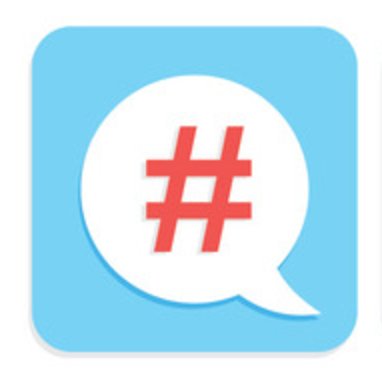 Where does the hashtag come from originally? The octothorpe.

Basically, the hashtag is a form of metadata. A # in front of a word signals that it is a keyword of some sort, tagging that tweet with a hash symbol (hence hash-tag). This means that you can easily search for all other tweets by other people containing that word similarly marked with a hashtag symbol. In fact, you don’t even need to search – if you click on any hashtagged term, it will search for you.

The hashtag for 10 Days of Twitter is, as you’ve guessed, #MMJC10DoT. You can therefore search for any tweets containing that hashtag, whether you follow the people using it or not. It’s how I found out who was participating in the 10 days of Twitter, right on the very first day when you sent a tweet with the hashtag in, and any tweets you’ve sent since using it.

Only letters, numbers, and if you’re desperate, an underscore

A hashtag needs to be a single word, composed of letters and numbers, preceded by a #symbol, with no spaces or other characters. (Though you can use an underscore, if you really need it. #need_underscore.) It doesn’t need to be a real word – it can be an acronym of some sort, like #MMJC10DoT or #MMJC________, and it needs to be understood, known or guessed by the people it’s relevant to. It could even be several words run into one (which counts as one word!) such as #ILoveTwitter (it can help to capitalize the individual words to make it easier to read, and this has the added benefit of being a bit more accessible). What it should be above anything else, though, is short, so that it doesn’t use up too many characters!

How do you know what hashtags to use, or to search for? You make them up! If you’re creating a new hashtag, it’s good to do a search first and check if it’s been used before, and if it has been used before, whether you are going to use it in a similar way for similar people. If so, you’re joining a larger, pre-existing conversation! If not, then you might be confusing things, with a hashtag meaning different things to different people. If you’re talking to a limited, known group, as I am here, or as you might at a news conference or news event, then the hashtag might be meaningless to outsiders (which is probably fine – people for whom it’s relevant will probably be aware of it already or easily figure it out). If you’re creating a hashtag hoping to start a larger discussion which is open to anyone, then it needs to be self-explanatory and something that someone might very likely search for or guess, like #journalism or #mediacomm.

You’ll see people using hashtags you might be interested in when scanning your twitter feed, and if you click on the hashtag, you will find all the other tweets using that hashtag recently. Or you can search for hashtags, using the search box at the top. If you click on the ‘#Explore’ tab at the top of the menu, you’ll see the top hashtags that the people you follow are currently using. When you hear the phrase ‘trending on Twitter’, it means that there are a lot of people talking about the same thing, using a common hashtag. You might also ask for suggestions from your followers.

In addition to building your audience, hashtags really come in useful in three ways.

An open, extended (and asynchronous) discussion

Someone might start a discussion about a topic on Twitter which is open to all to contribute, and it is drawn together using a common hashtag. #canpoli — a stream devoted to the Canadian political scene is an example. You can also use it to gather responses. For example, some reporters have used hashtags to source interviewers on specific subjects of interest.

A live chat is a conversation on Twitter which takes place in real time. A topic, time and a hashtag is agreed by the leaders, and they are joined on the day by people who want to talk about that topic with each other. Livechats can be fast and furious, but a great way to discuss, make new contacts and share experiences.

To livetweet an event means to tweet about it while you’re actually participating in it. Conferences or seminar presentations are often livetweeted. This may be done in an official capacity, with organizers inviting participants to livetweet the papers, giving attendees a pre-agreed ‘official’ hashtag to use, running up to the event, during and after, to find out who’s going to be there, what the papers were about, and any follow-up questions. A live stream of the tweets at the conference may even be displayed alongside the speaker on a ‘tweetwall’.

Livetweeting is very visible, so do keep comments professional.
It’s a way to continue conversations, perhaps with the presenter themselves, after the event has finished. People following the livetweeting from elsewhere can still participate in the event, addressing questions for the speakers via tweets. This is especially effective if the event is also being livestreamed on the web, with live video and sound.

However, livetweeting events must be approached sensitively and professionally.

If you’re livetweeting, then do:

So — look out for hashtags which mark a conversation you’d like to join in, perhaps a livechat, and experiment with livetweeting an event, no matter how small (could even be a TV or radio program!) And remember to tag them with #MMJC10DoT or #MMJC_yourbrandhere!