You’ve send a few tweets over the last five lessons – hopefully you’ve found plenty in your everyday routine which would be of interest to others, whether they are your student colleagues, peers in your field, or others.

But it really would be hard work to generate all the material yourself to feed your followers with regular, interesting tweets! Fortunately, you don’t have to – you can retweet the tweets of others. It’s sort of like forwarding an email, but to everyone who’s following you. They see the content of the original tweet, who it came from originally, and perhaps also a contextualising comment from you. By doing this, you’re performing a valuable service:

If you pick “Retweet” the tweet will now appear in the timeline, with a little note above it that includes the retweet icon and says “User Name Retweeted”

The great thing about this is you can add your own content and get around the 280-character limit. It also enables you to maintain the integrity and context of the original Tweet. Here’s a sample of something I retweeted from Sam’s feed:

Remember that to use Twitter effectively to promote your own work, you need to update frequently with interesting content to gain a following, and you also need to reciprocate and promote the work of others. No one wants to read or retweet a Twitter feed which is just broadcasting announcements about itself!

Finally, if you want to reply to someone, but you want everyone to see the original tweet, you can retweet yourself.

Also, remember there should be variety. Nobody wants to see an endless stream of retweets either. It’s all about the mix and the conversation.

The other thing I like about retweeting with comment is that it makes it easier to retweet a thread.

What’s a thread, and how to make one

If you’re looking to extend the abilities of Twitter with a longer “essay-like” Twitter thread, here are the instructions from the Twitter help pages on the subject: 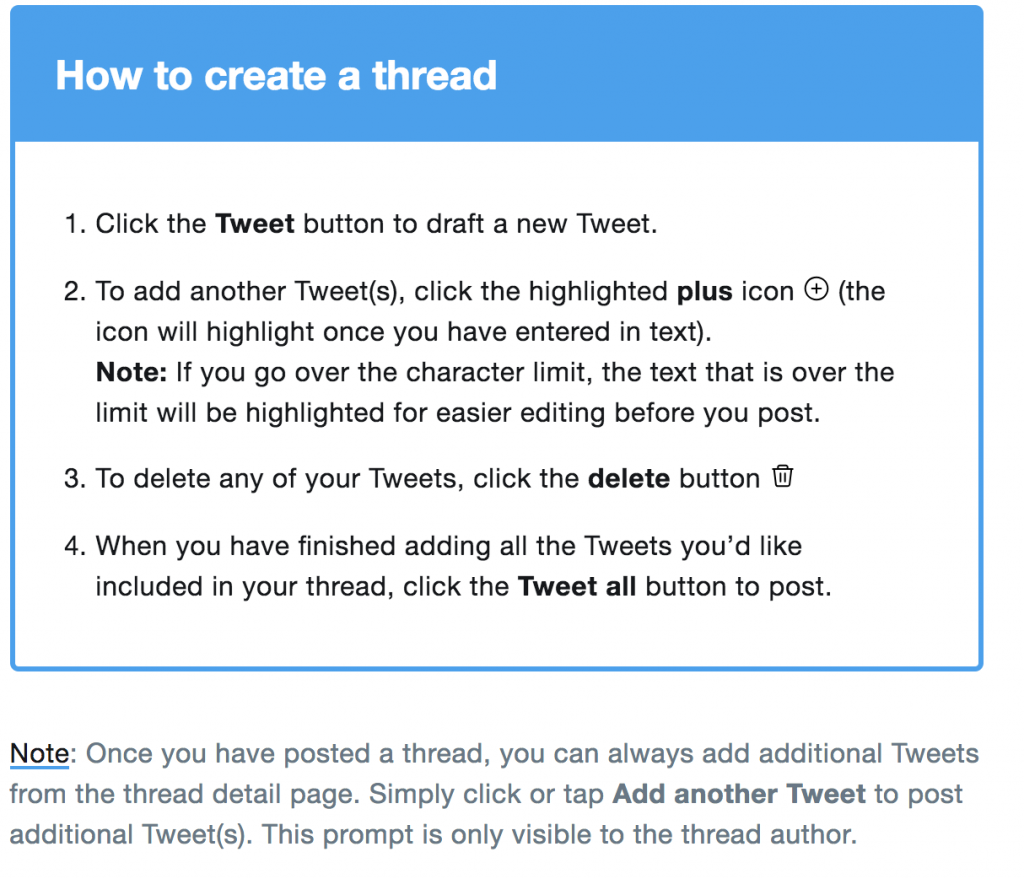 So have a look at your twitter stream and see if you can find tweets you think your followers might be interested in – a digital tool, an item of news, a new blog post or publication someone’s tweeted about, a comment you agree with…and start retweeting! Advanced: make a thread!